The only Middle Weight ADV Bike guide you really need - Three sentences per model - What car would it be? - Scenic Skip to main content
Close Search
General

The only Middle Weight ADV Bike guide you really need – Three sentences per model – What car would it be?

I’ve been keeping a close eye on the middleweight motorcycle adventure class in the past months. And boy… what an exciting time it is!

During EICMA, but also in the weeks leading up to it, numerous new middle weight adventure bikes were revealed. Not surprising, as this is a hugely popular motorcycle segment, and all manufacturers want a piece of the pie.

Unlike the big bore class, where BMW’s Gelände Straße model dominates, the Game of Thrones in the middle weight adventure class is still being played.

For this article I’m defining bikes in the middle weight adventure segment like this:

Bikes that are good for on-road touring and can take dirt roads too; with two cylinders and engine capacity up to 1000cc.

What car would it be – THREE SENTENCES per model

In an effort to help choose the bike for you, this article lines all the middle weight adventure bikes up. Specs are boring though and only partially should influence your decision anyway. So I won’t be giving specs here. If you want specs, go to my last year’s detailed adventure bike comparison, or to manufacturer websites.

Here I’m giving you THREE SENTENCES for each model! Three sentences that sum the model up compared to the others. Additionally, I’ll be giving you the ‘what car would it be’. So, without further ado, let’s get rolling… 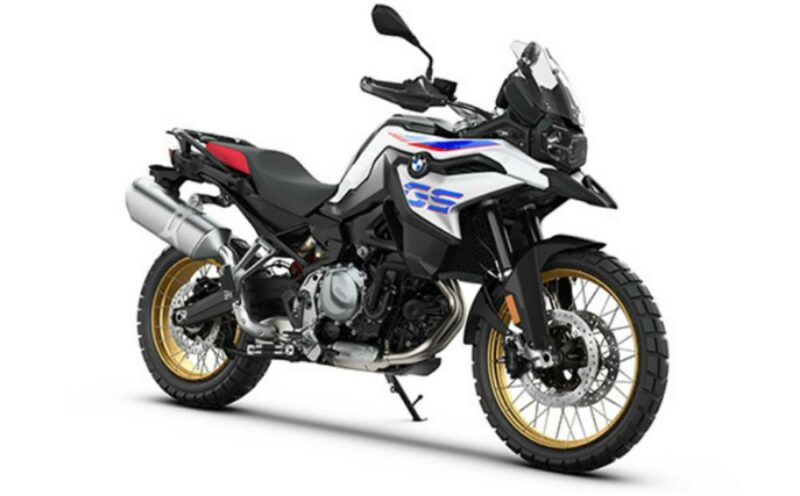 A very comfortable on-road touring bike that’s plenty offroad capable for the typical rider. The heaviest in class with suspension tuned for “magic carpet” comfort. Expensive to purchase and maintain, but you get BMW build quality.

What car would it be? BMW X3 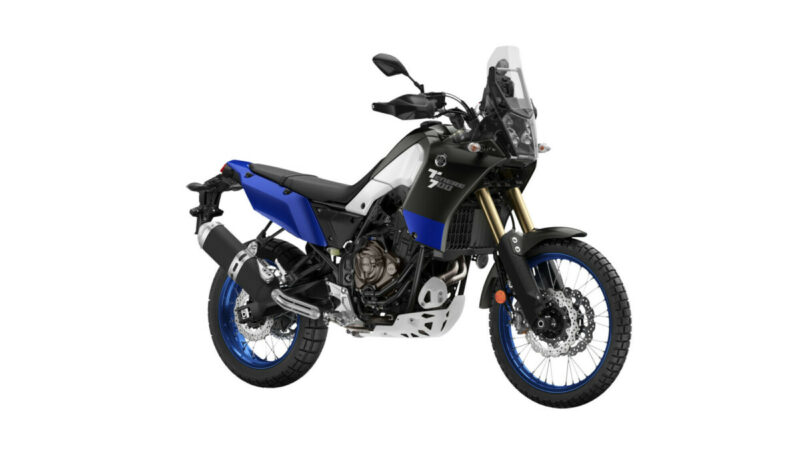 The lightest in class with top of class offroad capability, yet stable on the highway too. With ABS only, it’s very basic in the electronics department, but therefore (and because it’s a Yamaha) extremely reliable. Price is amongst the lowest in class, although heavier riders and those hauling a lot of luggage will benefit from investing in new springs.

What car would it be? Toyota Hilux (Offroad edition) 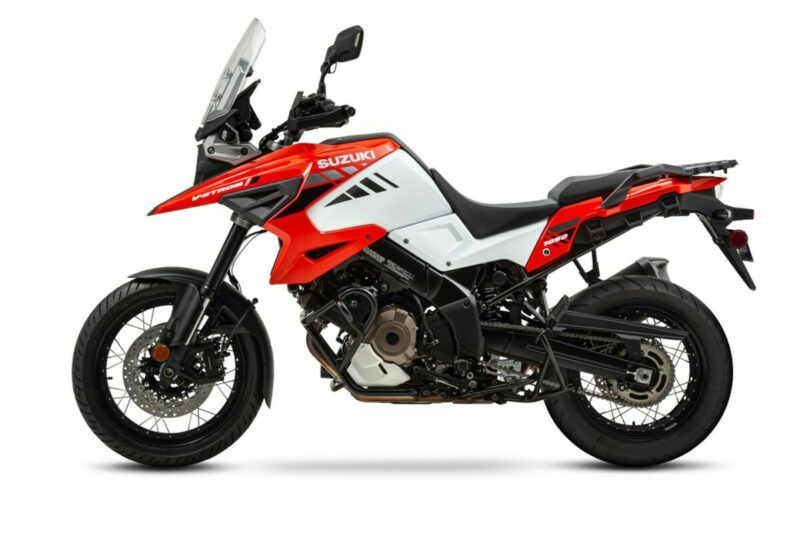 The V-Stroms have been around for ages and are well known as comfortable and economical road tourers. Offroad capability is mediocre and the engine is a bit ‘tame’. In short, a reliable, affordable road focussed touring bike without thrills and chills.

What car would it be? Nissan X-Trail 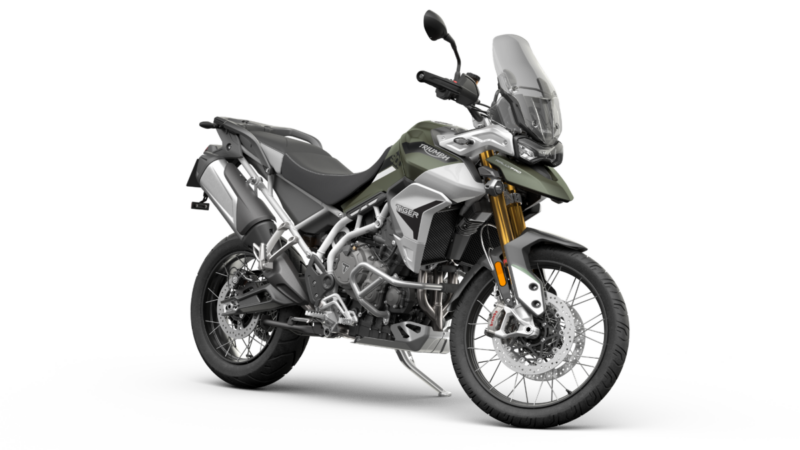 Most comfortable in class, loaded with creature comforts, excellent wind protection and superb build quality. Offroad it’s not not the best in class, but with its 21″ front wheel and low-end grunt due to the irregular firing order of its 3 cylinder engine, still more than average offroad capable. It’s not the lightest in class, but also not the heaviest.

What car would it be? Land Rover Range Rover 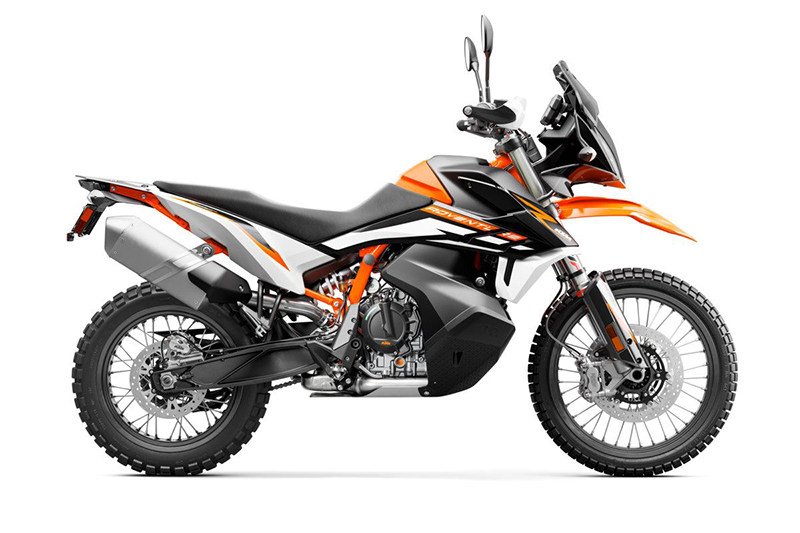 This engine wants you to ride aggressive, hard and fast, offroad as well as on-road. The R model is the best in class for offroad performance, but this comes at the cost off on-road comfort. The rider aid systems are best in class too, while weight is kept low with its fuel tank split down the sides, lowering center of gravity.

What car would it be? Jeep Wrangler Rubicon 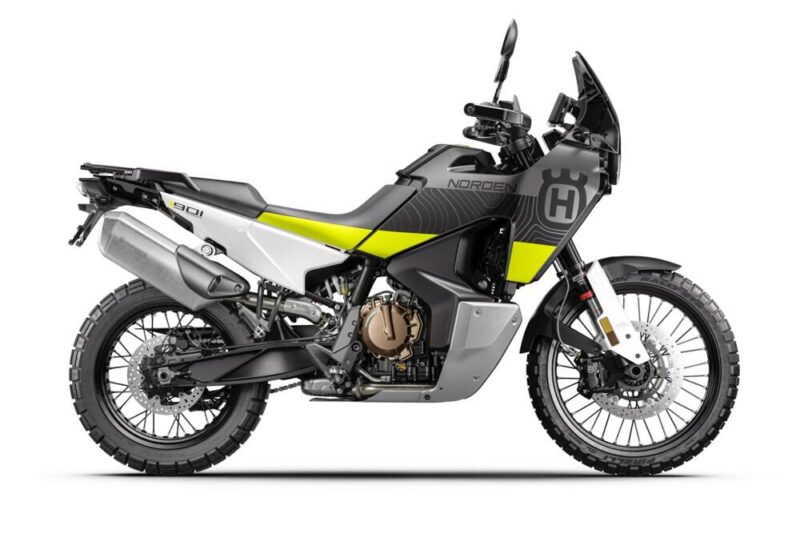 The Norden 901 has the same engine and same electronics as the KTM 890, but is more geared towards  touring. It’s more offroad capable than the regular KTM 890, but less than the 890 Adventure R. If you like the aggressive 890 engine, but would like a bit more touring comfort, have a look at the Norden 901.

What car would it be? Volvo XC60 AWD 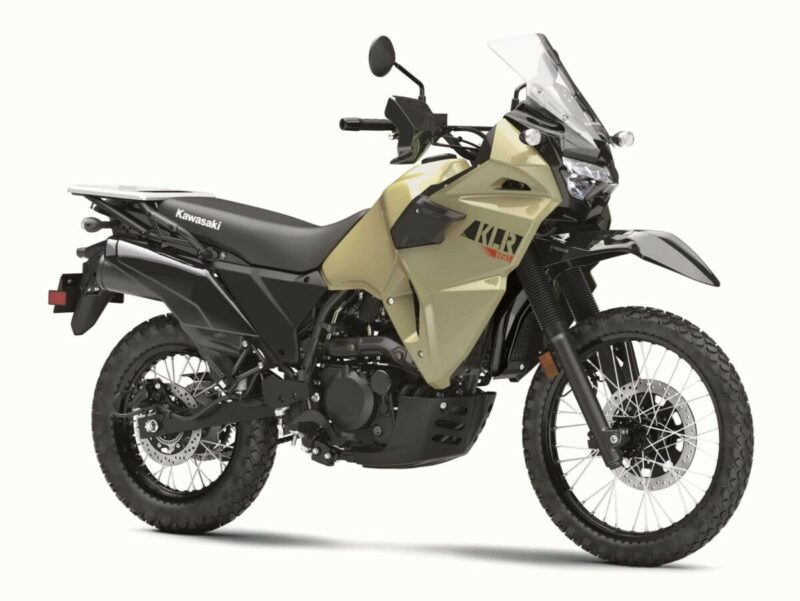 The KLR is, together with the CB500X, the cheapest of this whole bunch. It’s pretty basic and low tech, but its value-for-money is just incredible. It’s not the best at anything, but will do everything, get you everywhere, with proven reliable technology, simple cheap maintenance and a huge aftermarket.

What car would it be? Land Rover Defender 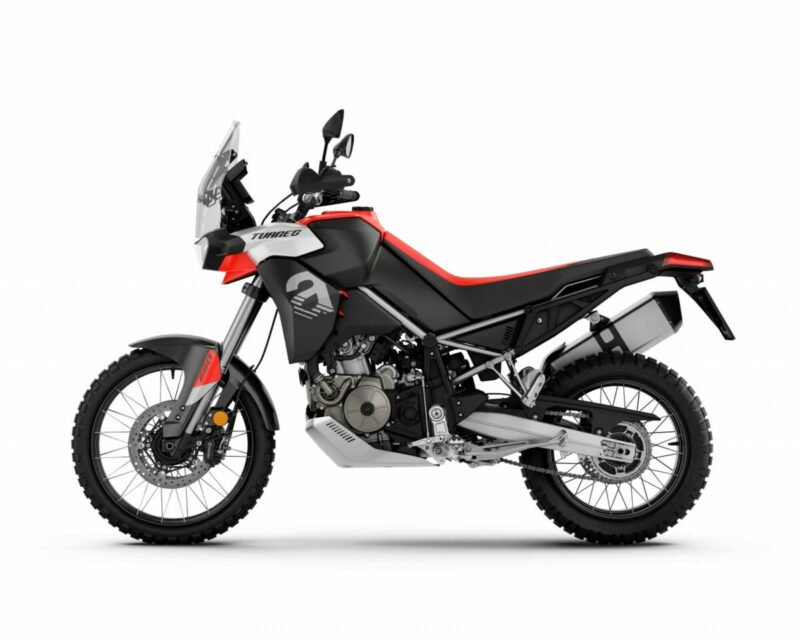 Revealed a few months ago and already available in Europe (US has to wait until feb 2022), it’s meant to be a direct competitor of the Yamaha T7 and the KTM 890 platform, and therefore very off-road capable. Its electronics and suspension are notably a step up from the T7, but this also resonates in the price. If your riding will be more offroad focussed, this is definitely a bike you’d want to check out.

What car would it be? Alfa Romeo Matta 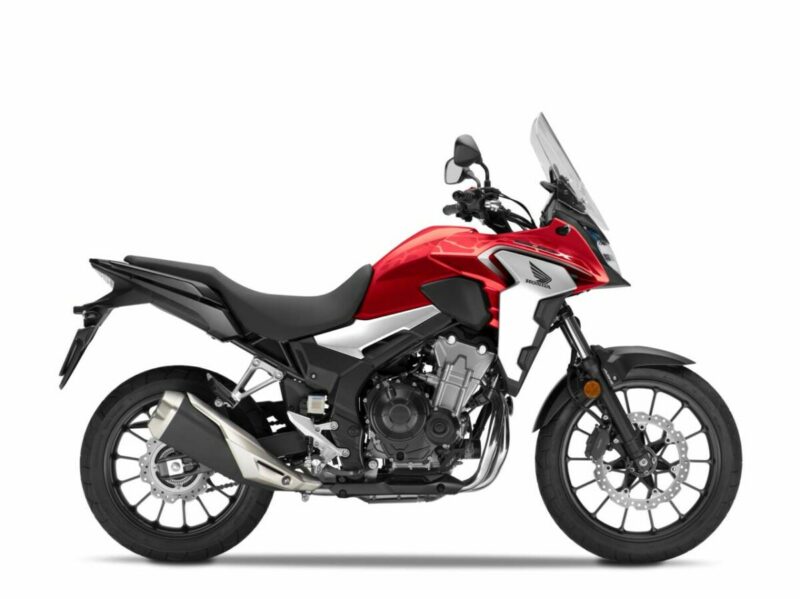 Prise-wise the Honda CB500X is just about equal to the KLR650, but being a twin cilinder it’s much smoother and better for highway riding. With its 19″ cast aluminium wheel and limited ground clearance, it’s definitely more road biased than the KLR although it will take some easy dirt trails without a problem. Due to its low seat height it’s a good option for the shorter riders amongst us.

What car would it be? Honda HRV 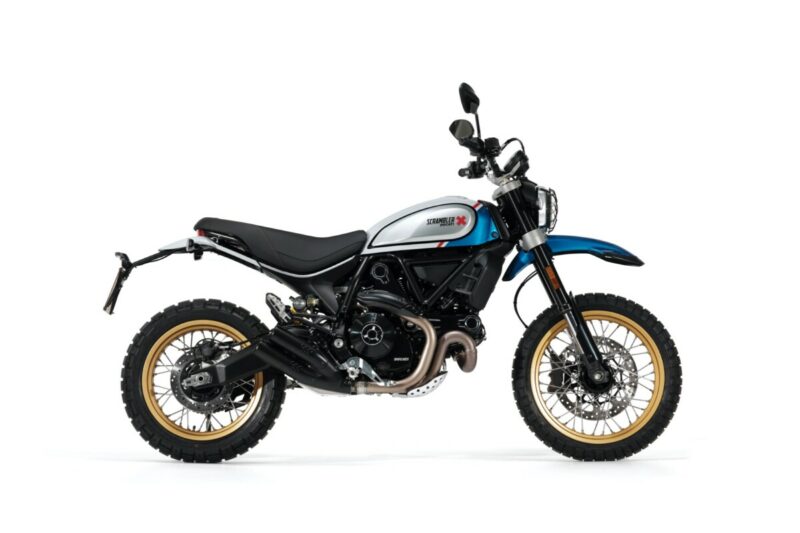 Arguably not an adventure bike, but worth considering if you’re not riding long stretches of highway. It’s very ‘flickable’, is loads of fun on the trails and in the city, and it looks the part for arriving in style at your favorite bike-cafe. Wind protection is non-existent, but the clean air is better than the turbulent air that the KTM 890 screen causes.

What car would it be? Mini Countryman X-Raid

With their 21″ front wheels and rugged looks, these two – still concept – models from MV Agusta, remind of Cagiva’s Elefant that won Dakar in ’90 and ’94 (not surprising as Cagiva bought the trademarks for the MV Agusta brand back in 1991 shortly whereafter MV Agusta became the parent company). The first ride reports still need to appear, but for now, it looks like these bikes will be serious contenders for the more offroad centered riders. A notable detail is that they are likely to be available with MV Agusta’s Rekluse-Clutch system, a semi automatic transmission.

What car would it be? Toyota Tacoma TRD The Ducati Desert X was also just revealed and shows many similarities with the above MV Agusta Lucky Explorer 9.5. A strong engine with 110 horsepower, and a very offroad capable pedigree. Like the Agustas, the first real test ride is yet to be done, so how it really handles on- and off-road remains to be seen, but specs look very promising.

What car would it be? Jeep Gladiator 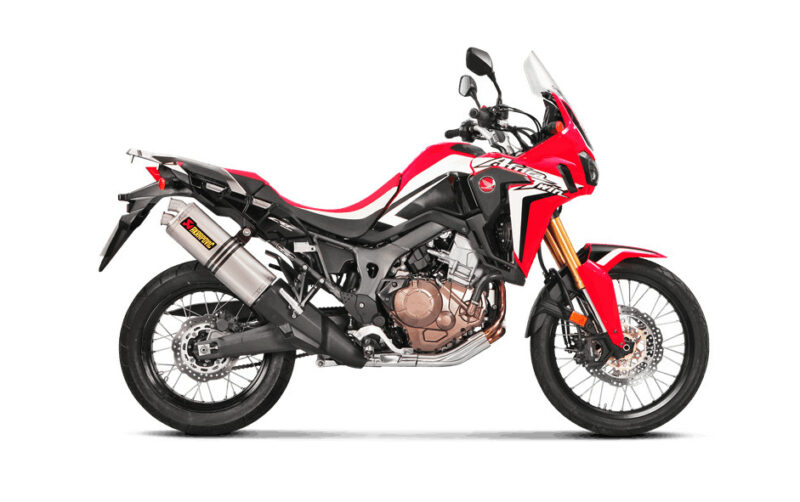 Although the Africa Twin has a 1084cc engine it is often compared to other bikes in the middle weight category. It has two things that set it apart from others in this class: Apple CarPlay / Android Auto and the DCT automatic transmission (the MV Agustas will be offering a semi automatic transmission as well). Other than that it’s a very capable off-road and on-road bike, albeit quite heavy (the Adventure Sports model is often compared to the 1250 GS).

What car would it be? Toyota FJ Cruiser