Scenic App New Feature, Ultimate Chain Lube Test, Is it a Watch or a Multitool?, Yamaha’s YZF-R3, Argentina to Cuba and Summer Gloves.

The development of Scenic’s big overhaul has entered the last stages. I’ve saved the most important functionality, the navigation itself, for last. Once that’s done it’s time for beta testing and after that it can go into the app store. Busy but exciting times! You can read about another new, highly requested feature, below.
Next to that, this Moto Intel Report, like always, is loaded with motorcycle news, tips, tricks, gadgets, epic routes, the pic of the week, gear and more awesome stuff.
As I’m writing this, Jasper and Tom are on their way over to my place. Tomorrow morning we’re leaving at sunrise as we planned a whopping 11 hour ride through the beautiful Sierra Gorda. Very much looking forward to all the twisties and scenery. We’ll do a report on it in the next issue.
Now, without further ado, let’s get rolling… 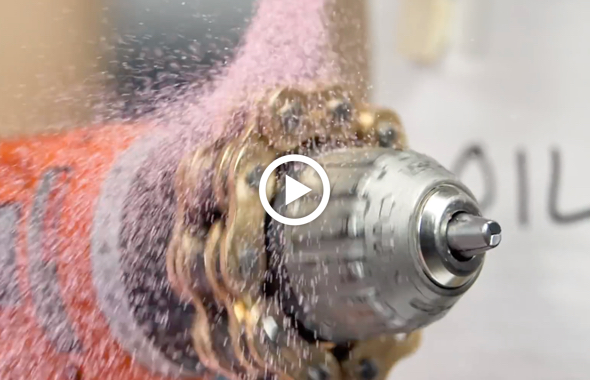 We’ve covered chain lubing a couple of times before in MIR, but I’m a sucker for science. I like to know, unequivocally, what’s the very best chain lube out there. Enter another great Fortnine video! In this video Ryan puts a range of chain lubes through thorough DIY, yet highly scientifical, tests 🙂 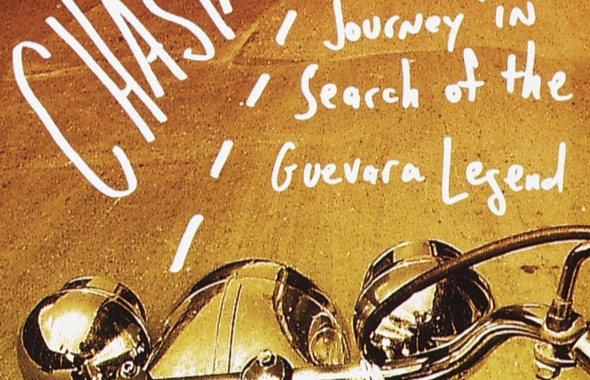 I am going to recommend a book, a historic travel book, that describes the adventures of Che Guevara. As a motorcycle enthusiast I think you should read it because of the beautiful places he visited on his 1939 Norton 500 cc motorcycle. In Chasing Che: A Motorcycle Journey in Search of the Guevara Legend, journalist Patrick Symmes follows Che Guevara’s trail on his BMW R80 G/S and tells the story of the epic 8,000 mile trip. Buy your copy here!

By the way; Americans can still travel to Cuba, more on that here. 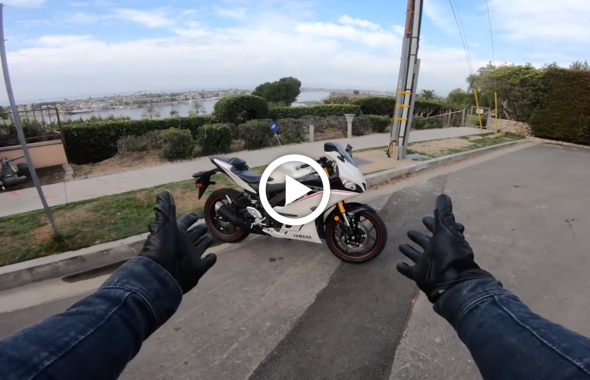 I’ll admit it, I’m spoiled with 125 horsepower, and don’t often want to size down and settle for much less, but the new 300cc category bikes are too much fun to not try them out. Suzuki, Kawasaki, Honda and Yamaha have been long time players in this segment and KTM and even BMW now have their lower cc variants.

In terms of beginner bikes, the Yamaha R3 is definitely one of the winners, and the 320cc twin parallel engine delivers just enough power to make your commute pleasant enough. The somewhat tame gas response and low seat height make it accessible for a larger audience, and the aggressive R6 inspired look make it more appealing like its bigger brothers. For $5000, you can’t go wrong with this Yamaha… Have a look at this 2019 facelifted model in MC Commute’s review. 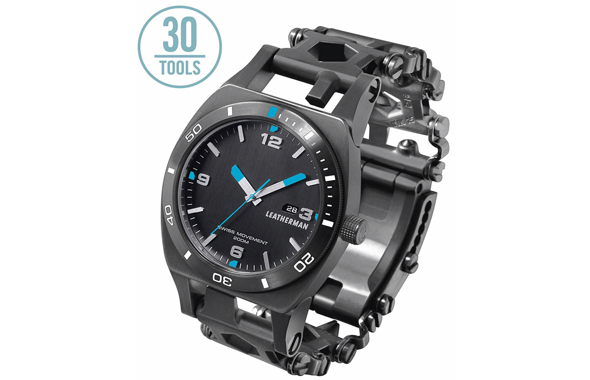 When I ride my motorcycle I bring a set of tools with me; apart from what I carry under my seat it just takes up space and here is the solution to that: Leatherman’s Tread Tempo Watch. Next to it being a stylish, rugged and waterproof swiss timepiece, it has as much as 30 tools in the bracelet.
The Leatherman brand produces high-quality multi-tools for the military and now you can have one to take with you on your trips. It’s TSA compliant so you can even carry multi tools onto a plane without security problems, and it just looks pretty cool doesn’t it? 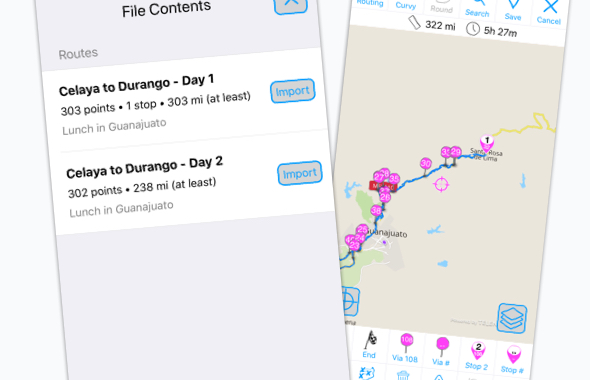 If you followed the ‘big update’ journey you know it has a completely new design and loads of new features. Here, I report on the progress and show you some of those new features. This time: Stops!
The current Scenic version uses via points only to force your route a certain way. You don’t get information on via points during navigation. In fact you don’t even see the via points on the map. The big update adds the ‘Stop’ concept, where a stop is a special kind of via point, which you do see on the map during navigation and which you do get information on, like time and distance to them. Furthermore, stops in imported routes will also transfer to Scenic.
Lastly I want to get ahead of you and answer a few questions that I get a lot:
Q: When is the big update ready? A: June
Q: When Android? A: I’m starting Android development after the big iOS update is out.
Q: Will I keep my purchases? A: Yes, you’ll only get more for them. Never less! 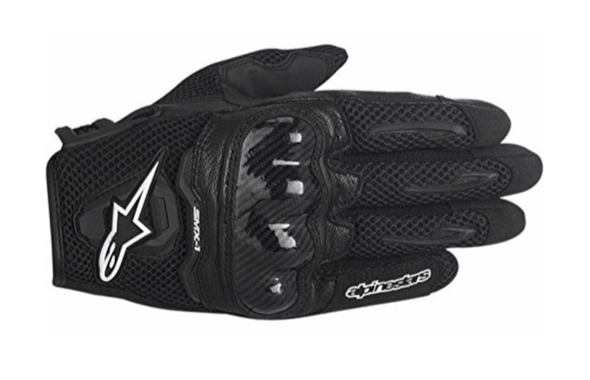 This classic Alpinestar glove is a mesh, leather combination and is designed for warm weather days (of which we’ve had quite a few already down here). The knuckle protector is made of hard polymer, and the side impact areas are made of reinforced synthetic suede. In my experience, the mesh material doesn’t last as long as its leather counterparts, but this glove just has the right balance… Don’t buy them too small!

Scenic is not all motorcycle

This picture was sent in by Arthur. It pictures his very nice Morgan, which he drove from the UK to France last year, and is planning to do so again this year. All using Scenic obviously ;). This picture is taken in front of a house in beautiful Dordogne. Goes to show, just like motorcyclists, classic- and special car owners also like to take the scenic route. 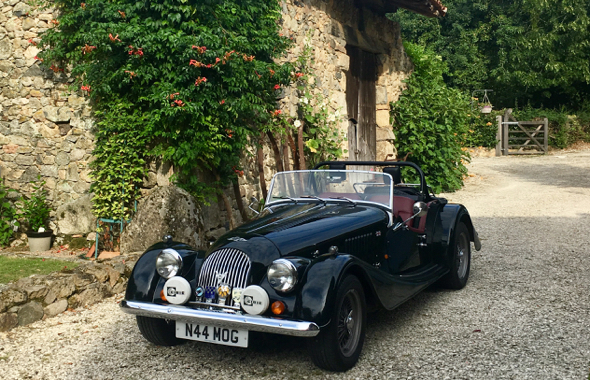