We all know that Motorcycling riding creates and strengthens friendships everywhere around the globe. Every now and then, we at MotoMappers get the opportunity to hear such stories from our users. This time Mark sent in some nice pictures of him and his best friend Bill during a recent Motorcycle adventure: 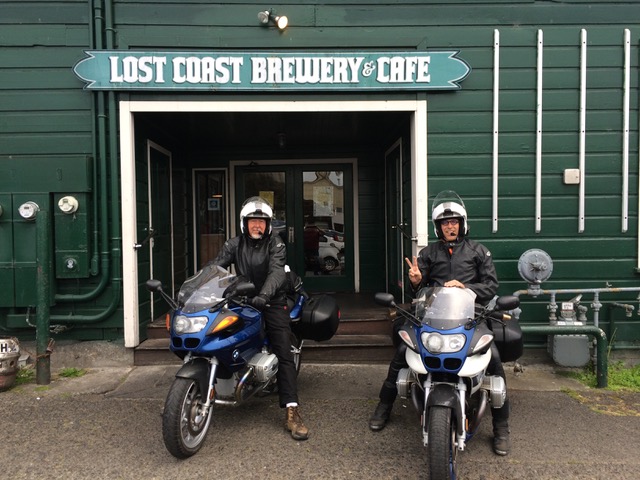 And here we are at the drive through tree in Willits, CA. We picked a new brewery to head to each day and camped along the way. 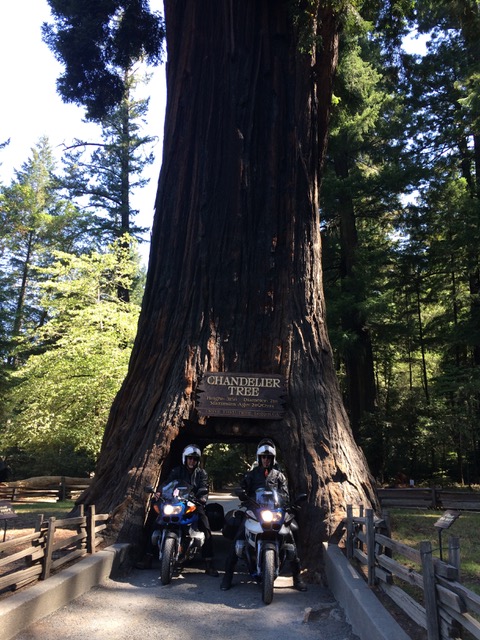 When I asked about the trip in more detail, Mark told me an amazing back story, which, with Mark’s permission, I would like to share with you as I think it’s heartwarming and recognisable to all of us riders out there.

Bill and I were inseparable friends for years. I had been riding since I was a kid, motorizing my Sting Ray bicycle, then a Honda Trail 90 working my way up to bigger and better bikes along the way. Bill didn’t ride at a all but in 1983 I convinced him that he should get a motorcycle so we went and bought a pair of matching  BMW R65S’s. After some practice we decided to take off on a real motorcycle adventure and tackle the Baja. Leaving in early June it was foggy and cold all the way down the Pacific Coast, in fact at one point we stopped and bought newspapers to stuff under our coats in an effort to stay warm. Turning inland we spent the night in San Ignacio, a desert oasis in the middle of the Baja, beautiful spot. That morning we united up with all the clothes we had and headed east towards the Sea of Cortez up and over the mountains to Santa Rosalia. In the space of 60 miles the temps went from the low 60’s to 114 degree (F). Stopping in Santa Rosalia to strip off as much as possible and grab a couple of the best fish tacos ever we waded into the Sea of Cortez fully clothed and helmeted to cool off for the ride south.

About 11 miles south of Mulege on the Bahia de Concepcion I was run off the road by one of the Baja’s express busses. Back then those busses were huge with dual front axles and the Transpenisula Highway was narrow. I met the bus around a blind corner swerved to get out of its way and hit a big rock that had fallen onto the road. That turned my front wheel into a “D”, damaged my tire and shredded my tire tube.  Luckily I was able to keep upright just enough to pull to the side of the road before dropping the bike. We were at Playa Coyote a small bay within the Bahia de Concepcion. We set up camp and proceeded to bum tire patches off anyone we could find to try to put the tube back together enough to hold air while gently coaxing the wheel back into a roundish shape with a hatchet using a rock as an anvil. So much for making it to Cabo…

I did manage to to get the front wheel and tire to a serviceable condition so we turned back towards San Diego. Within a few miles a bubble developed on the front tire where the sidewall had been weakened by the impact. for the next 800 miles I dared to go 25 mph watching the bubble get bigger along the way and hoping to find a replacement along the way. When we finally made it to the BMW dealer n San Diego the people there were blown away that I had actually made it on a out of round wheel with a huge bubble on the sideway of the tire and a tube with 14 patches on it. 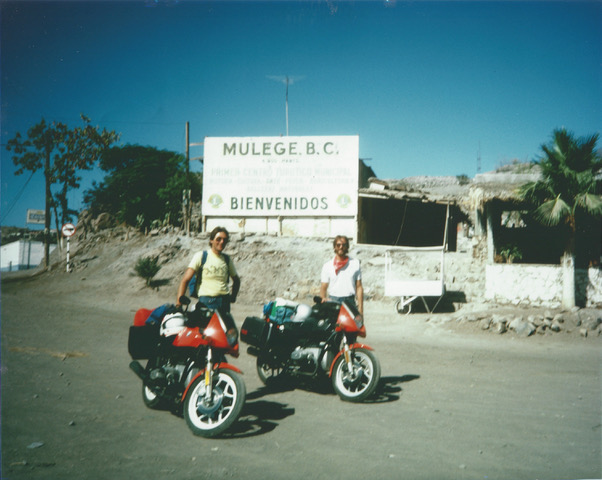 Flash forward a few years; Bill gets married and life pushes motorcycle riding to the back burner. Bill and I do not have any contact at all for 26 years. In the spring of 2016 Bill calls me out of the clear blue sky, telling me he wants to get together again. Bill comes to visit me and we’re sitting at my bar having a beer and taking about old times when Bill says we have to go on another motorcycle adventure. I stopped him at that point saying there was no way. First of all I had not been riding for almost 30 years, I did not have a motorcycle and I had no desire to ride again but Bill was determined and kept on talking about how great it would be while I kept saying NO. When Bill was backing out of my driveway later that day he rolls down his window and says “You don’t understand: We are going to go on another motorcycle adventure.” and leaves.

About 3 weeks later Bill calls me and says:”Your motorcycle is on it’s way.” He had a BMW R100S Boxer Cup Replica so he found a 2004 R1100S on eBay with only 7000 miles on it, bought it and was having it shipped to his place in Napa, CA. I know I was going on another excellent adventure with my friend Bill so we proceeded to make a plan to head up the coast of California into Oregon stopping at breweries along the way. When the bike arrived I headed up to Bill’s place and we went through “my”new bike changing all the fluids and making sure the bike was safe and ready for the journey. When the maintenance was finished I got on a motorcycle for the first time in many years and took it for a short ride around Bill’s neighborhood. Test flight done, we packed up and headed off for the Lost Coast. 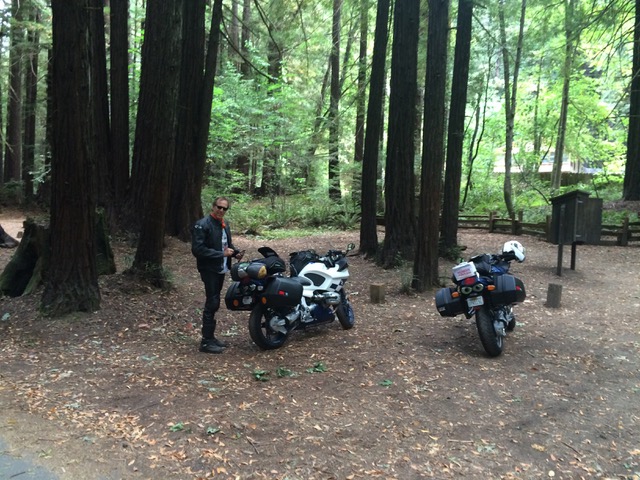 Needless to say I was hooked again and motorcycling is a passion once again.