It is officially summer on the Northern Hemisphere and that is the perfect excuse for a ride. We are here to help you with that.

Guido has a surprise for you regarding the big Scenic update (no it’s not ready just yet), will discuss touch enabled gloves and compare the new Tenere 700 with the KTM 790, while Tom will dive into speculation on which motorcycles Charley Boorman and Ewan McGregor will use on their next big adventure ‘Long Way Up’.

Ever had a 30L backpack that is smaller than the palm of your hand? Tom found one and in the gadget section he will share his findings with you. Another often talked about subject is chain maintenance, and instead of the good old cleaning and lubing I will explain to you how to check and adjust its tension and introduce a nifty little machine that can help you. 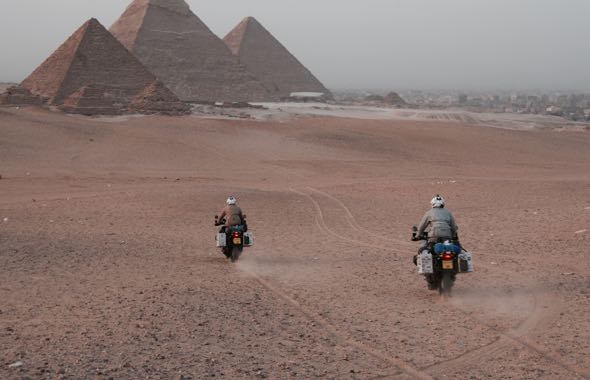 We already know Charley Boorman and Ewan McGregor from ‘Long Way Round’, in which the British duo rides almost 19,000 mi / 30,500 km around the world and ‘Long Way Down’, where they ride from the far north of Scotland all the way down to Cape Town in South Africa.

Almost 15 years after the first journey is completed, Ewan and Charley are about to film a new series, riding from South America to Alaska… but Boorman already hinted at some ‘surprises’ en route… whatever that may be.

Boorman is ready for another adventure after his recovery from a crash back in 2016, and while he hinted at the final destination for the trip (Los Angeles, not Alaska?) in a video on youtube that has since then been mysteriously removed, it’s still unclear which motorcycles they will use for this Journey. Moto Guzzi and Triumph are on top of the speculation list, but a good old BMW-GS is still a sound possibility. 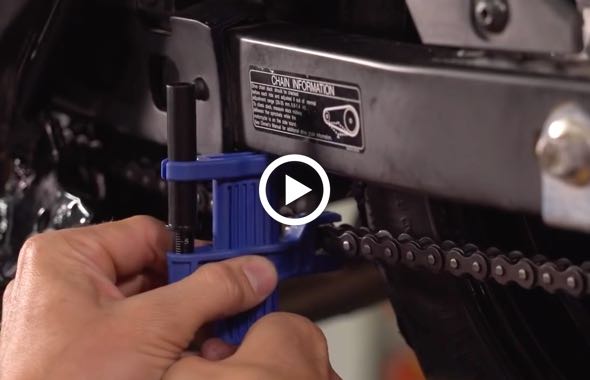 In previous Moto Intel Reports we often touched upon the subject of cleaning and lubing your chain. Another, just as important aspect of chain maintenance is tension. You have to ensure the chain’s tension is up to par because riding with your chain too tight means that you increase the risk of wearing out both the chain and sprockets as well as complete chain breakage. However, if too loose, your chain may whip off the gears altogether.

Ari Henning from MC Garage clearly explains how to check if the tension is right using either ‘complex, high level mathematics’ or a simple 16 buck chain tension tool by Motion Pro. 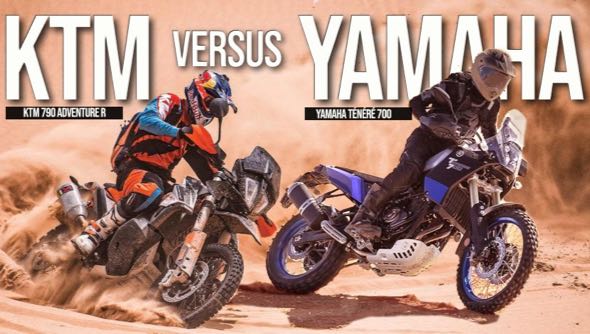 A few weeks ago, after a looooong wait, Yamaha launched the Tenere 700 officialy in Spain. Reporters were invited to take it for a two day test ride. Consequently the internet was bombarded with articles and videos. I’ve read and seen a lot of them, so to save you some time I’ve summarized the essentials. It’s a very good bike! It handles formidable onroad as well as offroad. Yamaha has outdone itself.

But how does it compare to another new bike in this segment; The KTM 790 which was released earlier this year and also has raving reviews? While we still have to wait for a shoot out video (unless you speak italian) here’s what it all comes down to really. KTM gets the nod on power (95 vs 72 horses) and suspension, while Yamaha gets the points on lower cost and reliability. If you can’t wait for the video, have a look at this article. 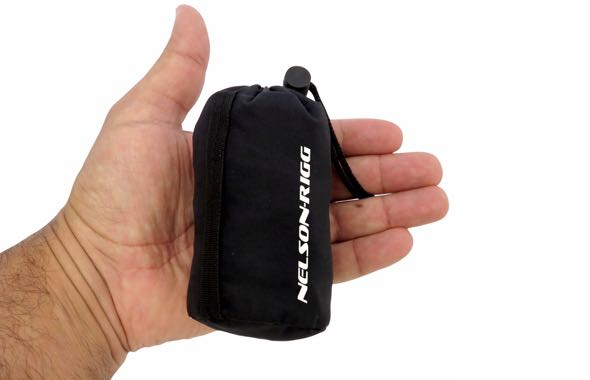 This funky looking bag which fits in the palm of your hand contains a very versatile backpack made by Nelson Rigg. On a daily base, I use the 40L hurricane backpack which is 100% waterproof, and recently I bought a rain suit from the same brand.

The above backpack is a 30L, non-waterproof nylon backpack which might not be hurricane proof, but definitely good enough to pack your gym clothes or carry a second helmet. For just $18, it’s a handy gadget indeed.

WunderLINQ with Scenic at the Touratech Rally 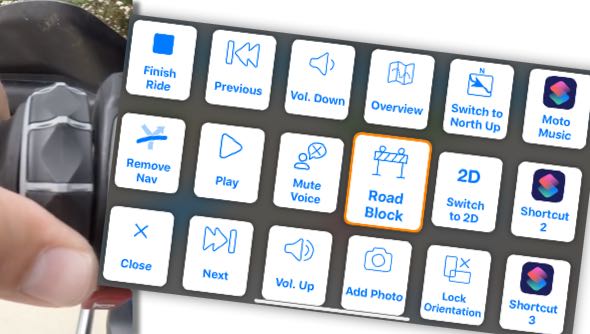 If you followed the ‘big update’ journey you know it has a completely new design and loads of new features. Here, I report on the progress and show you some of those new features. This time: WunderLINQ Integration

A few issues back I wrote about the WunderLINQ; A handy little gadget by Black Box Embedded, that clicks onto the Navigation Mount of your BMW Motorcycle, and then forwards wheel actions and bike data to your phone. Today I’m happy to announce that Scenic’s big update integrates with the WunderLINQ. You’ll be able to operate Scenic with the wheel on your BMW. The Black Box Embedded guys will be at the Touratech Rally next week in Plain, Washington, to demonstrate this with Scenic’s big update. If you’re around, go and have a look! 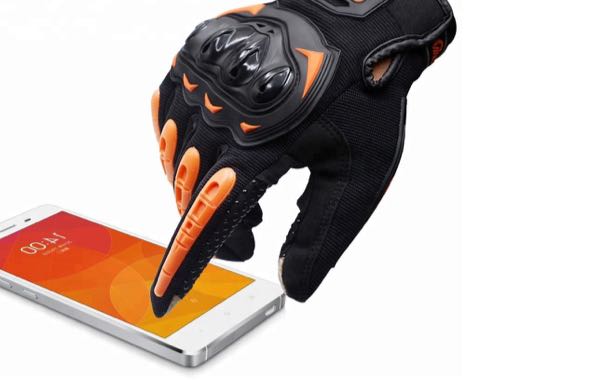 When I started riding back in 2008 and wanted to use my iPhone for navigation, I ran into a problem: My motorcycle gloves didn’t work with the touch screen. So I started looking for options, but there weren’t many touch enabled motorcycle gloves around back then. Instead I opted to thread some conductive wire in my glove’s index finger.

Now it’s time to replace those gloves (actually should have done this a few years ago), so I started my research. I found that there are many touch gloves out there now. All premium motorcycle brands offer them. I also found lesser known brands for a lot less money, however, after reading some gnarly stories, I wanted to play it safe and buy a respectable brand in the motorcycle industry. In the end I went for the Alpinestars Crosser Air Gloves, which have touch ability, are very safe and perfect for the hot weather conditions we have here in Mexico. I’ll let you know how they are once I have done some miles with them.

At first I didn’t really know what I was seeing in this picture, but here’s the story from Mark that explains it all 🙂

“We were on the way to the TT of Assen when the first guy saw a fixed radar and braked hard. The 2nd guy did not notice, hit him and fell off the bike. At that moment the third guy was taken on photo by the speed camera.“

Mark told me that, except for some ego and damage to clothes and the bike, no-one got hurt. Now, they all laugh about it. 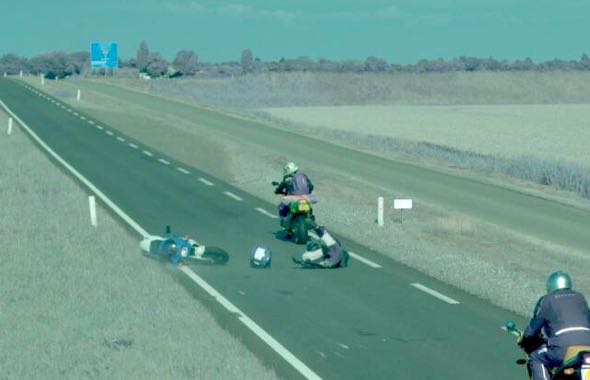 What’s your most beautiful / funny / crazy motorcycle pic? Share it with us and it might be featured in the next Moto Intel Report. Here you can find al submitted pics.